“With a lot of green elements and interesting aspects, Lords View Industrial Park is different to other industrial townships,” notes Alan Hendricks, Head of Marketing for Lords View. Firstly, adds Hendricks, the size of Lords View is one of its prime characteristics. With currently eight phases and 1.3-million sqm in size, Lords View is unlike any other industrial township in the Johannesburg region. “Another aspect is that Lords View boasts elevation and contours while other townships are generally flat,” says Hendricks. “The site is home to amazing views – the lay of the land has worked for us,” he adds.

Phase 1 is virtually sold out with major clients having moved in including Unilever, Cochrane group, Green Cross and Freightmore. Unilever is building an Ola ice cream factory which is set to be completed in June 2015. Over and above the ice cream factory, Unilever is talking about building a cold storage depot on their site. Developed for pharmaceutical purposes, the Green Cross building is now complete. The majority of Phase 2 is owned by Improvon who are a leading industrial and commercial property investment company.   Laser Transport have purchased virtually all of Phase 3. “They recently had its Sod turning ceremony and should start building the first of four buildings shortly,” says Hendricks. “Due to current market demand, Lord Trust has taken the decision to service Phases 4, 5 and 8 of the industrial park. This demand is driven by a 22 000sqm distribution center to be developed for the Foschini Group in Phase 8. This development will be owned in a joint venture between the Lord Trust and Equites Property Fund. Provision has also been made for future expansion of 18 000sqm.

Earthworks has been started on the 7 hectare site with beneficial occupation expected by February 2016 and occupation in April 2016,” says Lord. “With regards to Phase 6, the Trust has decided to hold this prime land for leases rather than to sell off the land – this creates an appetite for investment rather than for trading,” explains Lord. “At this stage, Phase 7 is on hold. We will sell once we acquire a buyer,” he adds.

Please click image below to view the Lord Trust Developers marketing brochure that appeared in the latest issue of Africa Outlook: 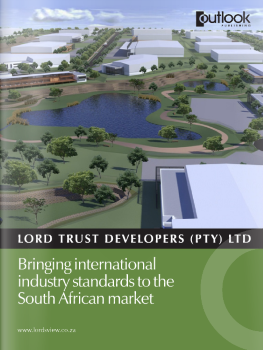 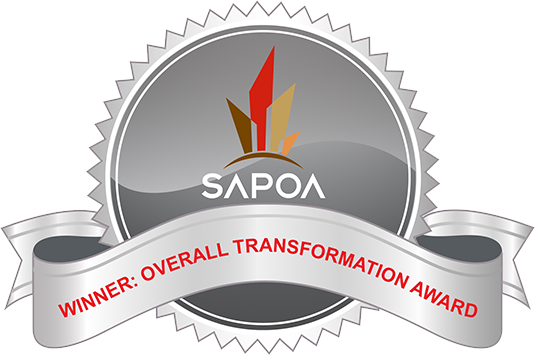